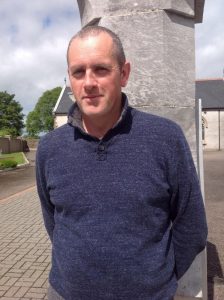 Finding a wormer that was accurate in application, with zero milk withdrawal was key for Pat Carey, of Bartlemy, Co. Cork.

Milking a herd of 45 cows which is continuing to increase, Pat also wanted a wormer where he did not need to be concerned about the weather or licking, and although he was sceptical of using an injectable wormer at first, Pat was very happy with Eprecis and the injectable Eprinomectin will be his preference going forward.

“Since using Eprecis cows are looking great and all constituents were up” says Pat, who also noticed a significant increase in the volume of milk in the tank.

Finding that the smell from traditional pour-on’s was overbearing, Pat would most definitely use Eprecis later this year and again next year, he was very impressed with the fluidity of the injection and found no fault in Eprecis.
Pat heard about Eprecis through his local rep, Dan Martin from the Farm Store in Bandon, but also through social media, where he saw very positive feedback.

Share This
We use cookies to ensure that we give you the best experience on our website. If you continue to use this site we will assume that you are happy with it.Ok
Request Callback