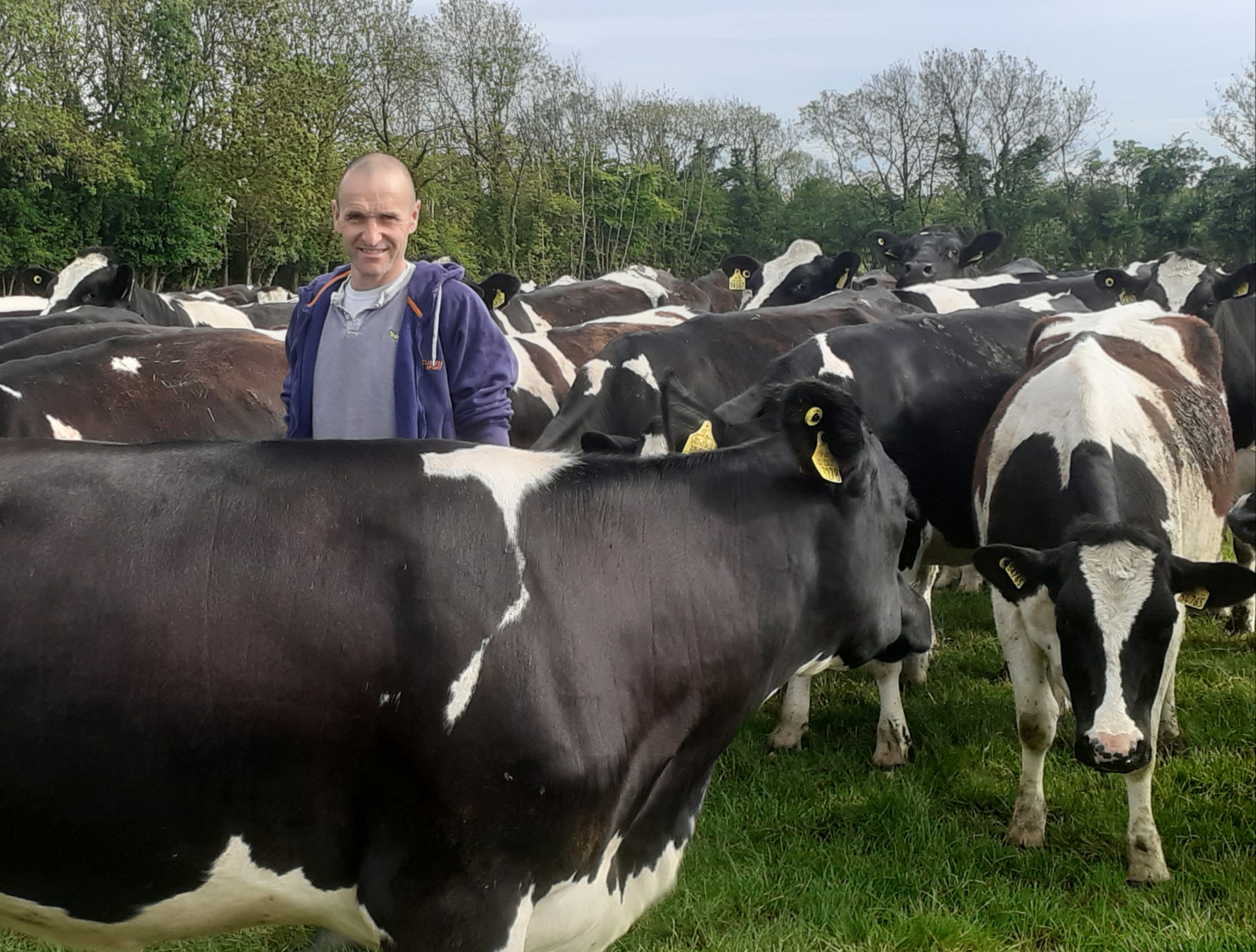 My name is Joe Healy, along with my wife, 3 children and parents we farm about 120 acres near Athboy in Co Meath. Up until last summer I was a part-time suckler farmer but made the leap into full time farming and as of February we are new entrants into dairying supplying Lakeland Dairies.

This year we began with 70 heifers milking and the plan is to settle somewhere between 90 and 100.

The heifers calved in great with very little problems of the 71 heifers put to the Bull, 70 made it to the parlour which we were delighted with.

The production was going great with them averaging between 25 and 26 litres per day. In the first week of May I noticed some of them slipping back in the milk. They had no temperature and were eating their meal and I thought it may be a touch of ketosis, so I began to treat for that.

The next day there were another couple down in the milk and that evening a further 5 or 6. It was at that point that I contacted my vet Padraig Farrell. In fairness to him he quickly diagnosed the problem of lungworm. I was surprised as I had heard little or no coughing out of them.

Padraig recommended Eprecis injection as it is fast acting against lungworm and very importantly zero milk withdrawal. That evening after milking we put the whole herd through the crush and treated them with Eprecis. It was one of the easiest doses that we have used, 6 ml under the skin with the self filling gun, myself and my father had them all done in 35 minutes.

At that stage we just crossed our fingers and hoped for the best because by then some of our milkers were in freefall, some up to 30% back in the milk and maybe 15 to 20 affected.

The next day there was a lot of coughing in the herd which Padraig said was a good sign and within 48 hours of treatment I could see signs of improvement in the milk.

Thankfully after 5-6 days the heifers returned to the level of production they were at prior to the setback.

From now on I will be making sure Eprecis is in my herd health plan.

For more information check out www.eprecis.ie

Share This
We use cookies to ensure that we give you the best experience on our website. If you continue to use this site we will assume that you are happy with it.Ok
Request Callback