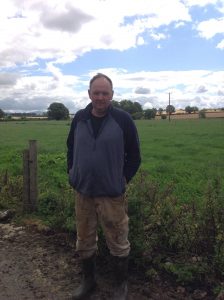 Having lost confidence in traditional pour-on’s due to their weather dependence, Bill Carroll from Danesfort, Co. Kilkenny found moving to an injectable Eprinomectin very easy. Milking 170 cows, Bill sought the advice of his vet, who explained that Eprecis was very accurate and had higher bioavailability, thus resulting in a rapid kill of parasite infections.
Since using Eprecis, Bill has found that there has been a significant increase in the volume of milk and could see results very quickly, with coughing reduced almost immediately.
The use of injectable Eprecis is on the rise and Bill has said anyone he has spoken to feels this is the way forward, due to the fast-acting results.
After becoming aware of Eprecis through advertising and on Twitter, Bill has used the product, last season, this season and has no plans to change from Eprecis in the future, in fact, he has recommended Eprecis to many neighbours who have used it this season and seen fantastic results.
For Bill, the fast-acting results, accuracy and reliability of Eprecis further helped changed his mind-set and assured him of the move to an injectable Eprinomectin.

For more information on Eprecis, CLICK HERE
Share This
We use cookies to ensure that we give you the best experience on our website. If you continue to use this site we will assume that you are happy with it.Ok
Request Callback